A savage album Doc Max Stone, The Radical Guessworks and crew again.  A solid serving hard truth bombs tagging the hearts and
minds awakening like a Tarantula lyrically in the weaving a web of truth with savage beats and mixing.  The emcees the messenger
spitting strait truths about the strait facts of the globalist psychos, Almighty Warriors Of Light. ‘I will not take the vaccine, you cannot
mask me!’ savage lyrics telling it strait as it is. Experimental and original in their rhyming, beat and mixing. Tough message the
people need today. 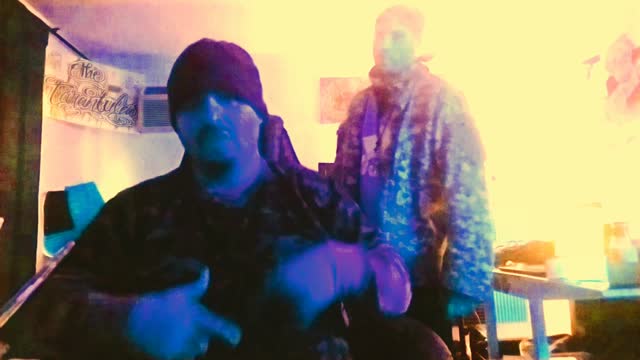 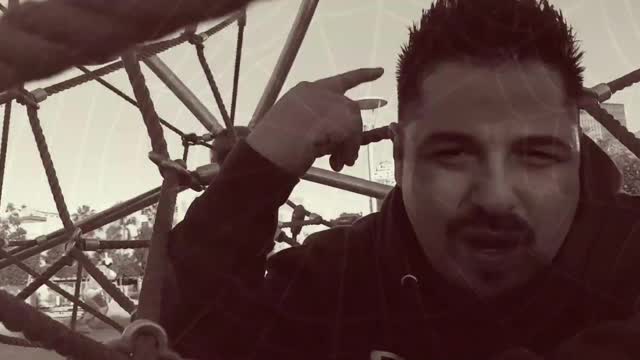 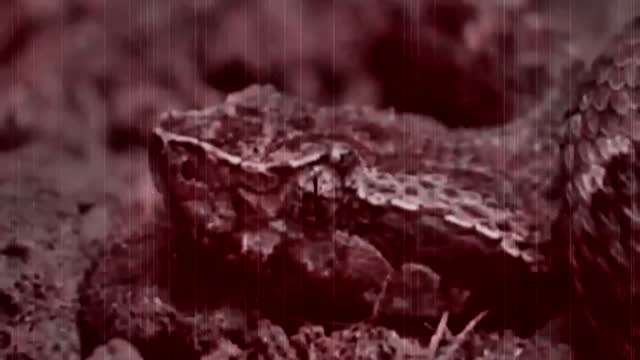 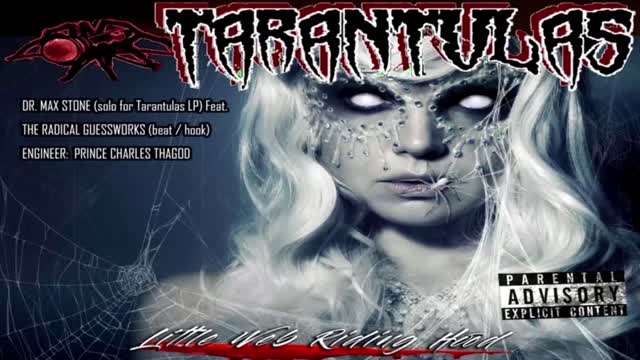 ‘I will not take the vaccine, you cannot mask me!’

Savage lyrics telling it straight as it is. Anon Rogue – 20222

The Burrows, ‘The fly will tell how the spider got inside it’s head’ a thoughtful lyrically complex rhyme, Prince Charles Thagod’s
mixing sick to the savage lyrical hard truth bombs an education in hard truths. The rubab(Afghan guitar) played through the chorus
and opening a dope experiment that worked out well run with the flowing like honey rhyming of the emcees. The Tarantulas Music / Mental Wakeup Clan camp are a master of their craft and art form. Appreciative of the art.

Step Into the Web, a hard lyrical one two blow to the system, worldwide revolution in musical form. ‘The Tarantula street fighter
to your vampire rituals’ savage a challenge to the listener, tough challenging lyrics old school 1988/1990s style. An energetic opening
into a hard beat ya feel for reals, truth bomb vibes all the way, hard hitting conscious rap as was back in the early days.

Spyder Net, a savage hard truth calling out big pHarma and all the demons without mercy. Lyrically vicious like an arachnids fangs
bites deep into the heart of the matter, subject thought provoking drags ya into the web and injects knowledge and wisdom into the
mind of the listener. Respect to Prince Thagod, Dr Max Stone and The Radical Guessworks mad rhyming and beat, mixing.

Worldwide Web opens with a hard core beat into an intense rhythm the rhyming of Radical Guessworks and Dr
Max Stone sick calling out the big tech stranglehold. Verbal venom acidic burning like an open fire bright, conscious rhyming a bright ray of hard truth light in this world needed more than ever.

“No needles no virus no evil no mask,” a ballsy opening to Unmask The Web. Almighty Warriors Of Light calling out the evil in society, dragging them into the light. Conscious of the plight of women and children worldwide at the hands of the globalist monsters. Kind of conscious rap that drags the demons into the light, as a sex trafficking investigator I appreciate the work they crew has done speaking out against these monsters. This the kind of conscious rhyme we deserve, fighting for light, good and righteousness.

Little Web Riding Hood, an emotional rhyme to the reflective beatand mix, the opening raw real feeling you can feel from Dr Max Stone. The Radical Guessworks chorus an outlet of emotion and pain, music what is should be, real, honest and life. A rhyme many of us can relate to, in any point of our life.

The entire album a fanged Tarantula out for blood, hard hitting, lyrically dope, challenging and thought provoking. Another Rhyme Bomb classic conscious of real world problems, awake, real and fighting for the rights of every man, woman and child in lyrical warfare against the fakestream media.

Tarantulas Music is raw, real and not fakestream media.

About the Author: admin